The event actually started before the event, when we all gathered upstairs at the very low-key pizza joint next to the Capitola Book Café. My son, Dietrich, who was taping video of the event, joined Rudy, Stan, myself and a number of Rudy's and Stan's friends for a very nice, talkative meal. It set the tone for the evening.

Setting up the event at Capitola Book Café is a different experience every time. Sometimes we sit on stools, sometimes on chairs behind as desk, but this time, Rudy and Stan literally made themselves at home in easy chairs, while I took a stool. It made for a very relaxed conversation.

The hour-long full recording of the event, including both writers reading from their novels (Stan reads from the end of Galileo's Dream), can be found here. 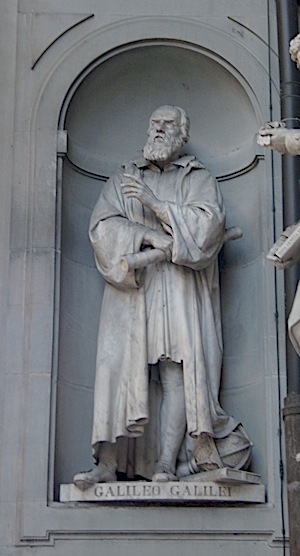 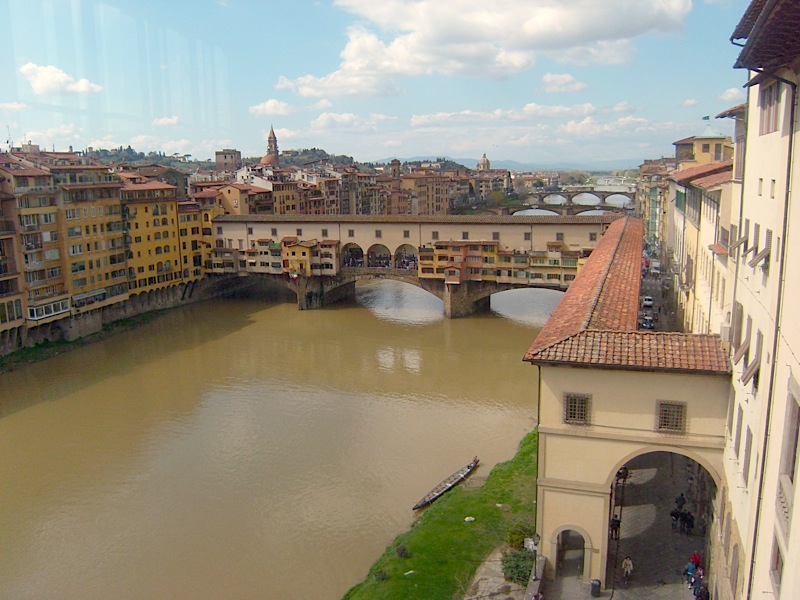 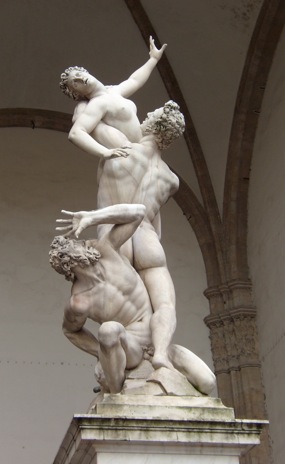 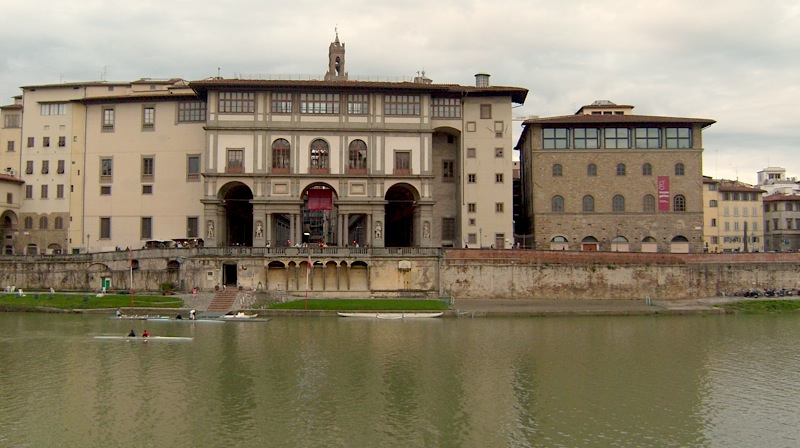 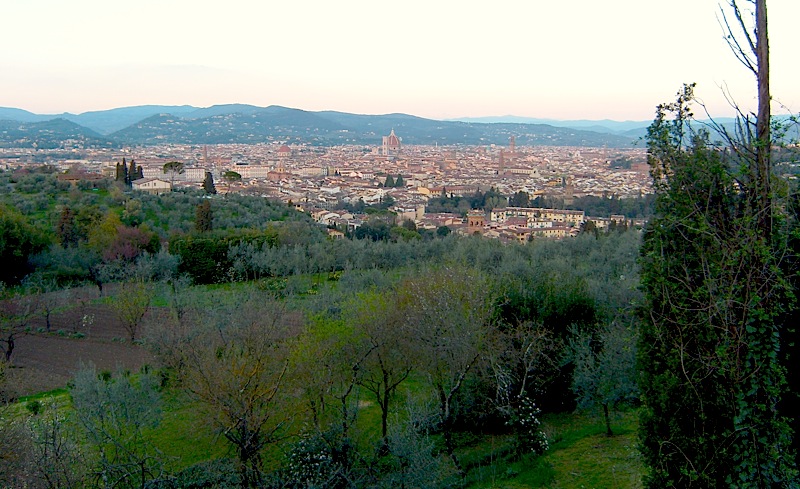 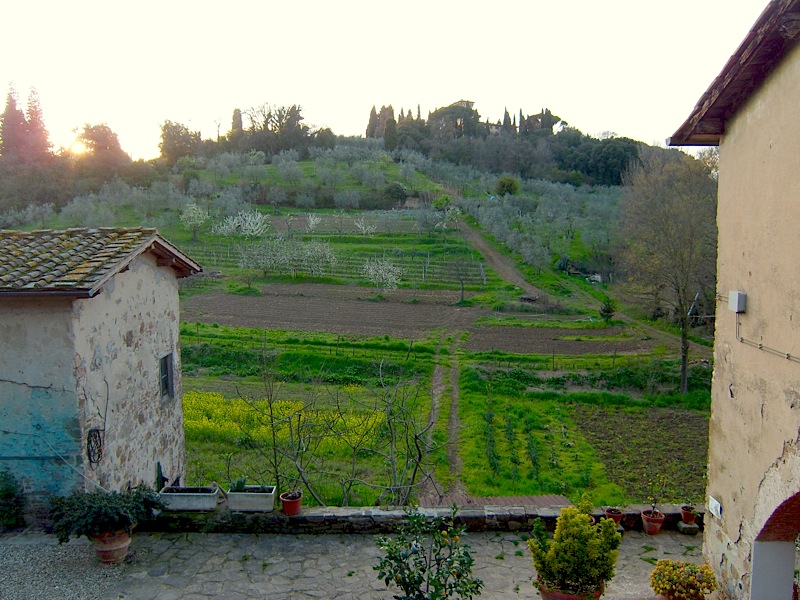 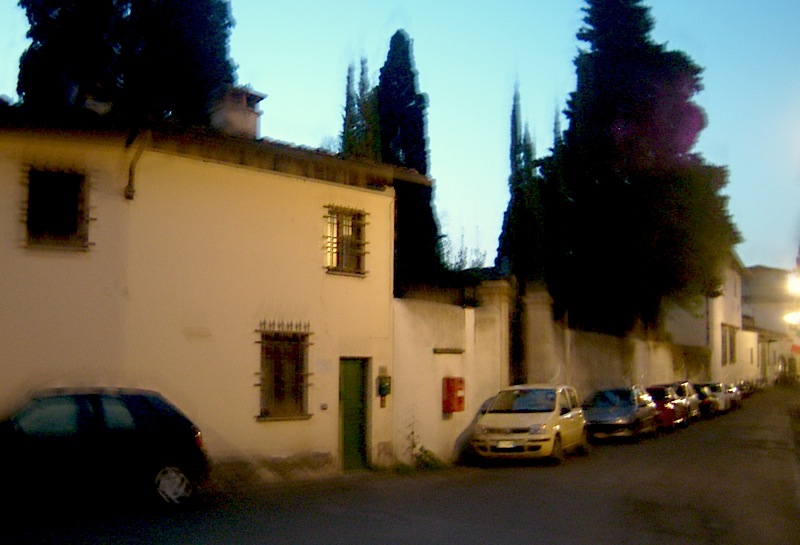 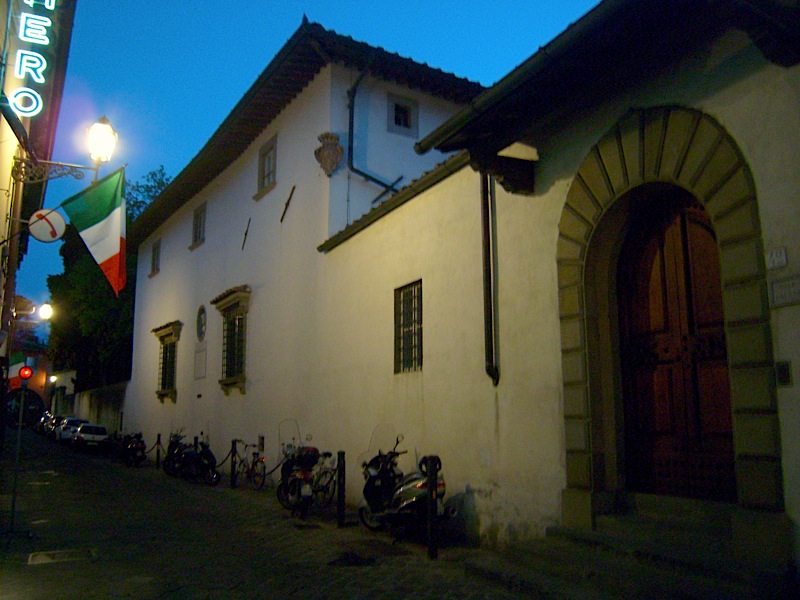 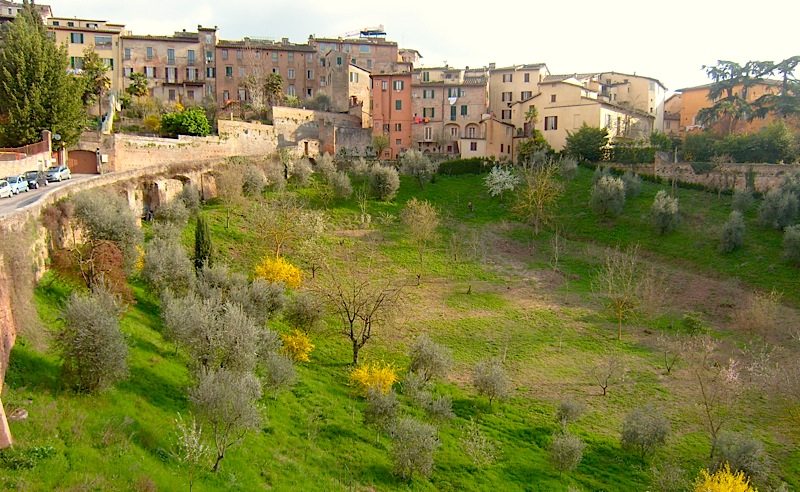 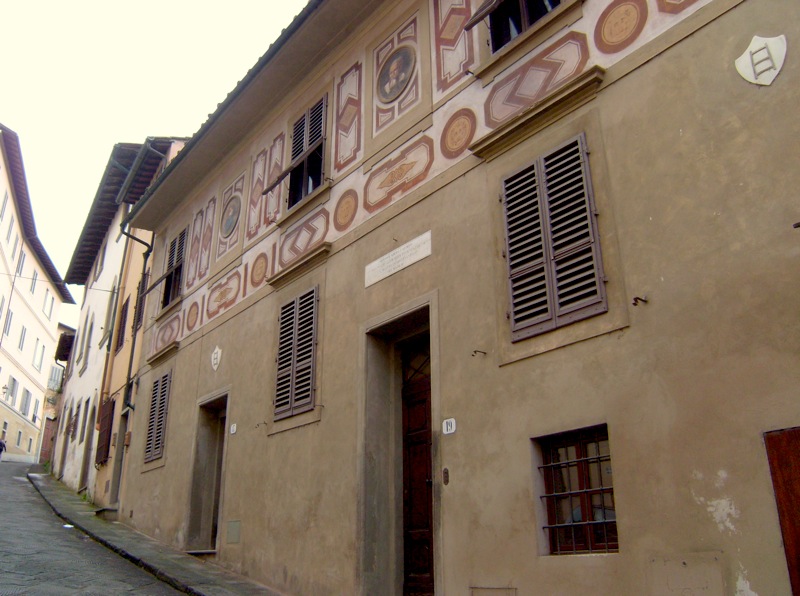 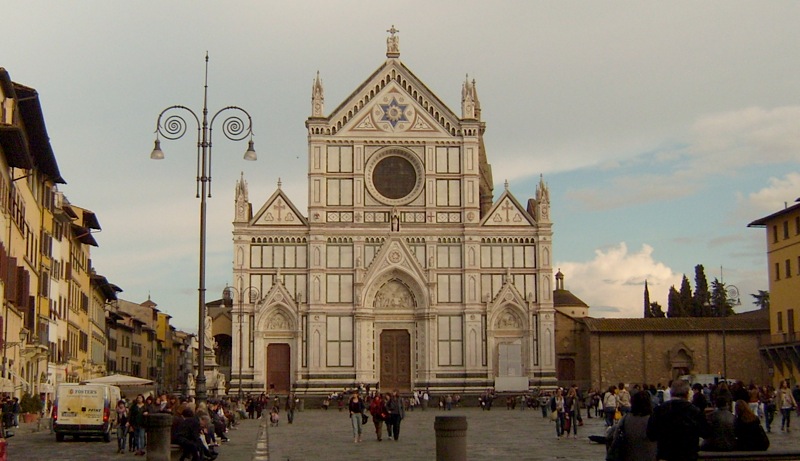 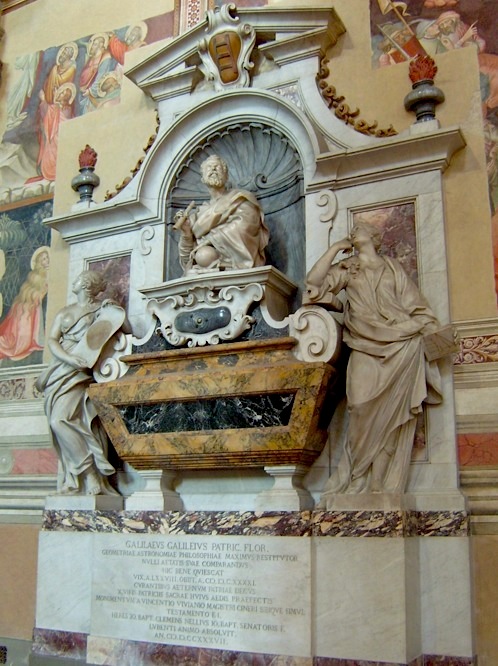 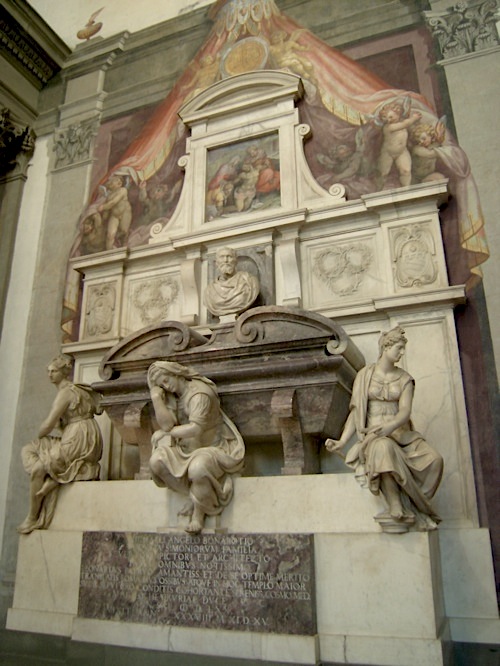 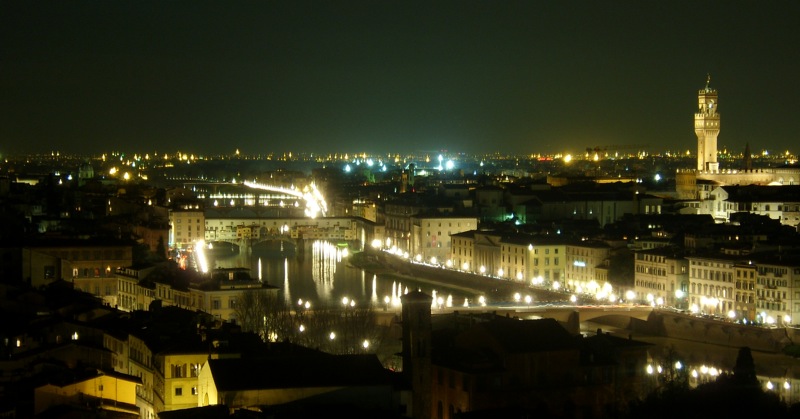 On Galileo's Dream, "I had this image of him [Galileo] flying through a telescope to Jupiter. In a sense, I came to Galileo almost backwards, because I didn’t know about him 20-30 years ago. But I got to be very fond of him."

On 2312 that's coming out next year, "It’s an attempt to discuss the human world 300 years from the publication date".

On e-books vs physical books, "I personally prefer to read physical books", but "I’ve talked to people who’ve said they’ve read ‘Galileo’s Dream’ on their iPhone. It’s all text, and it really doesn’t matter what the format is."

...and various other topics. 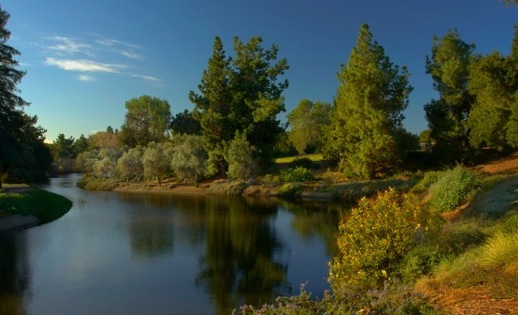 Photo of the Arboretum at Davis by Allan Jones

An interview with Stan on sociobiology and evolutionary psychology (see the Science in the Capital trilogy) for the bi-monthly German journal "Gen-ethischer Informationsdienst" ("Gene-ethical informations service") is available on-line -- but only in German! There are always online translators, however perfectible... The magazine covers biotechnical, agricultural and medical topics and how they relate to science, politics, research, economy and ethics.

The image is the lovely cover of the issue: cave paintings-like "primates in a supermarket" (to illustrate another article by Dr. Uwe Wendling, who also interviewed Stan).

Kim Stanley Robinson will be participating, along with a host of other people, in "Renovation", the 69th World Science Fiction Convention, taking place from Wednesday Aug 17 to Sunday Aug 21, 2011, in Reno, Nevada, USA.

In the 'Worldcon' is awarded the annual Hugo Award, among others. Candidates for the Best Novel Hugo this year are:

Reading: The Future of Cities

Our panel discusses the challenges facing urban populations around the world and how they translate into interesting story settings.

Appreciating Nature in Fiction and Non-fiction

Science fiction can often treat nature, even an intriguing alien environment, in a very sterile manner. By contrast, both fantasy and nature writing often celebrate nature and make the reader want to run outside and explore. How can writers use the language of nature writing to help bring alien countrysides to life? What are some of the good and bad examples of writing about the great outdoors in science fiction, fantasy and nature narratives?

Ursula LeGuin, one of the most important SF and fantasy authors of the last 50 years, is now in her 80s. The panel discusses and celebrates her contributions.

Just outside of Reno are some of the most beautiful mountains in the world. Kim Stanley Robinson shares some of his adventures of mountain climbing in the Sierra Nevadas.