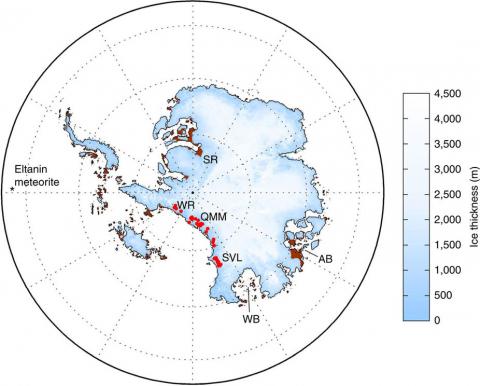 No matter what, climate change is happening. It's all a matter of us accepting reality, and adapt and change as a consequence.

Climate change is happening. This knowledge is a result of a multitude of findings from countless researchers, each correcting and conjecturing and confirming and building on top of the previous one. In short, science.

Recently, more findings have lent more support towards one theory concerning the past of Antarctica and its ice sheets. Readers of KSR's novel Antarctica will be interested to read about the argument and find echoes of arguments in the novel: dynamicists vs stabilists. Science in the making.

So began a storied debate over this rock formation, dubbed the “Sirius Group” after Mount Sirius, one of the range’s many peaks. It was between the “dynamicists,” on the one hand, and the “stabilists” on the other. The dynamicists argued that the enormous ice sheet of East Antarctica had dramatically collapsed in the Pliocene, bringing the ocean far closer in to the Transantarctic range, and that subsequent upthrusts of the Earth and re-advances of glaciers had then transported the diatoms from the seafloor to great heights. No way, countered the stabilists: The ice sheet had stayed intact, but powerful winds had swept the diatoms all the way from the distant sea surface and into the mountains.

New computer simulation [...] suggests that large parts of East Antarctica can indeed collapse, and moreover, can do so in conditions not too dissimilar from those we’re creating today with all of our greenhouse gas emissions.
[...] Scherer notes that this new scenario doesn’t really proclaim either the dynamicists or the stabilists the victors. Rather, it merges their perspectives. His view is clearly reliant on a substantial amount of dynamics, but it also doesn’t suggest that the East Antarctica ice retreated nearly as far back as earlier proposals did. Nor does it use glacial processes to move the deposited diatoms. Rather, it borrows the stabilist idea of windblown transport, albeit only after ice has retreated and land has risen in its wake.

[...] “The paper is a great example of how much (paleo)climate modeling has improved in the last decade(s), particularly in the last few years,” said Simone Galeotti, an Antarctic researcher at the Università degli Studi di Urbino in Italy, by email.

So, things went smoother than what the novel Antarctica had quipped about! From Chapter 5:

"And so the stabilists were convinced, and they recanted, " Wade said, to more hoots of laughter.
"Of course not, " Misha said, grinning and refilling their mugs with Drambuie. "That isn't how it works, of course. No one is ever convinced of anything. "
"So how do new ideas take hold?"
"The old scientists die, " Misha said, kicking Michelson as an example.

Some other Antarctica news of interest:

Finally, below is a pin-up drawing of Val from Antarctica in the secret underwater lake. It was done by Lee Moyer for the 2014 Clarion Calendar, which raised money through crowdfunding two years ago! In an interview with Clarion, KSR explained the scene:

The permanent station at the South Pole supplies its water by drilling down into the ice under the station (which is two miles deep) and then putting a heating element down the hole and melting an area into a spherical lake of water that they then pump up as needed. They have also melted shafts up to a kilometer deep in order to drop lines of sensors down into the ice to help them detect neutrinos; they use the Earth and the Antarctica ice cap as their neutrino creation and capture device (they are measuring neutrinos coming through the Earth from the north).

So there is good ice melting technology at Pole, and also a very active and rambunctious local culture among the service personnel who keep the station running for the scientists. I put these two facts together to imagine an unauthorized and secret icy water slide combined with a subglacial cave heated to hot tub status, known only to an inner circle of Antarcticans. This is without a doubt the science fiction invention in my books that I am most often asked the question, "Is it really there?  Does it really exist?" I can only say, I don't know.

All this is interesting since this November, Kim Stanley Robinson was again in Antarctica, twenty years after first exploring that continent with the NSF Artists & Writers Program! 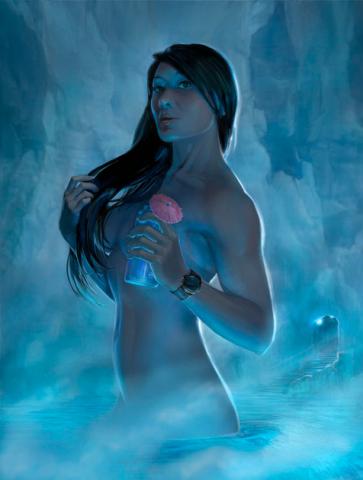