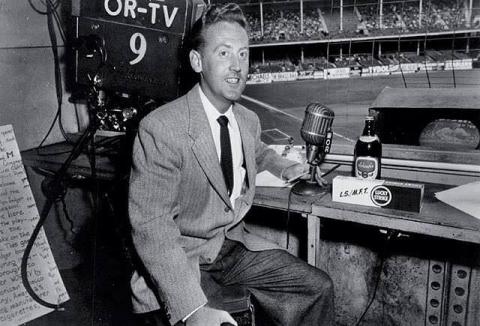 The Marooned! on Mars with Matt and Hilary podcast has done it! They have covered the whole Mars trilogy chapter by chapter and unlocked an achievement: an interview with the man himself!

This is one of those rare interviews where Stan talks not with professional interviewers but with actual fans who have analysed his work to great detail, and it's a joy to listen to! Included are plenty of never-before-heard-of details about writing the Mars trilogy, how Stan reflects on the trilogy so many years later and how his writing and focus have changed since, what he would change in the text were he to do a new edition, and... we learn that Hiroko's ultimate fate is revealed in the last two pages of Blue! That last one was very unexpected to me.

With this episode, Hilary Strang and Matt Hauske have completed their 15-month journey through the Mars trilogy, with extensive discussion chapter by chapter and plenty of insights from the humanities, literary history, science fictional references, present-day Chicago politics and domesicated feline behavior. As much as I think I remember these books well, I loved listening new perspectives about them and remembering parts I had half-forgotten or interpreted differently given the person I was when I first read them (Michel and Anne in particular). It's great fun to have a podcast dedicated to Kim Stanley Robinson's works, especially given how unadapted social media platforms are to in-depth analyses and how on-line discussion forums have fallen out of grace with the rise of social media. Next for Matt and Hilary is The Martians!

For IEEE Spectrum on Red Moon:

I see the Chinese now building infrastructure on Earth very quickly, by way of their Party and their state-owned enterprises as primary drivers and organizers and funders, and the Chinese population as the workforce. Their new seaports, high-speed rail, entire new cities, all these illustrate their ability to build infrastructure fast. They’re already building more infrastructure than they need just to keep their economy humming. The moon could function as more of that, plus add to national prestige. They have the workforce and a tremendous capital surplus. They also have the advantage that they are not solely driven by profits. [...] Capitalism is for profit. The problem in the West, in our version of capitalism, is that if you say the investment will pay off for the next generations, the investors will say, “Thanks, but I need quarterly profits at the highest rate of return,” and go back to immiserating labor and strip-mining the biosphere in their usual way. We have allowed the market to rule us like an emperor. China’s “socialism with Chinese characteristics” seems to mean a state-controlled economy that directs the private sector and can pay the private sector. They might be quicker to take on this obviously not-for-profit venture. China is better equipped mentally and structurally to do it.

For Anthropocene Magazine on New York 2140, the Green New Deal his next novel:

There are two directions to positive change. There are bottom-up changes, where individuals, small groups, and local collectives make changes at the individual, household, and local levels; and then there are the top-down ones, the stuff that happens in nation-states and in international treaties, often decided amongst the technocrats and diplomats and experts. There’s no reason to privilege one over the other—the important thing is to keep both of them in mind simultaneously.

For Mendelspod (podcast), on 2312, genetic enhancements and knowing the human brain, and apparently what are unconventional answers to such questions for a sci-fi writer:

What would you change? How would you know that was going to make it better without running human experimentation which can't be done. It's not just ethics, it's practicality. We wouldn't know what to do to make ourselves smarter or stronger.

For The Imaginaries (podcast), on his relationship with the field of "science fiction" as a literary genre, as a marketing category and as a community of people:

It's more interesting to write about doing things right.

[KSR's work] It's definitely an anti-capitalist body of text, it's a critique.

There is no pocket utopia, the ultimate fix has to be global.

In the "Dear Spacecraft" column of National Geographic, KSR wrote about his fiction based on the planet Mercury, in "Dear MESSENGER: How unmasking Mercury brought art to life":

This, ultimately, is what robotic explorers like you have given us—a known and humanized solar system. Mercury is just a distant rock in space, in appearance not greatly different from our moon. People may not land on it for centuries to come, if ever, and few people today even notice it in the sky. And yet now, because of you, it’s part of our cosmic neighborhood—a place with character, named like every other landscape we know.

Some more pieces by KSR:

Now if you have indeed read/listened to all the linked above, you might have caught the topic of KSR's next novel, expected for 2020: a positive history of the 21st century!

"We wouldn't know what to do to make ourselves smarter or stronger.": True, but that undoubtedly won't stop some people from trying.