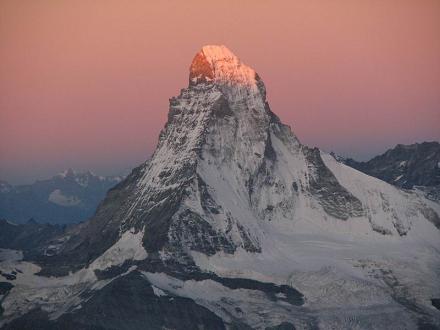 The French SF&F news site ActuSF has published a new interview with Kim Stanley Robinson. It is available in both the original English format, and in a French translation.

Among other things, Stan discusses his writing process, space news, the writers that inspired him, and gives a concise rundown of his ideas on ecology and social justice. Highlights:

We need to reduce our impacts on the environment, and restore habitat for the rest of the animals, who have the same right to leave we do, and are part of our support system (our food, air, water, etc). This effort involves stopping the rise in human population, which is a social justice issue ; in countries where women have full human rights, population growth is right around replacement rate or a little below. So it is patriarchy and injustice that causes the growth in population, which needs to be recognized and confronted. It has to be said, always, that this is not a technical but a political issue ; capitalism is not designed to be sustainable within the closed system of Earth, and it includes most of the injustices of feudalism.

So "ecology" and "social justice" are two ways of talking about the same problem, of sustainability or permaculture, which is a word from agriculture for a truly sustainable civilization.

On his backpacking habits:

So, I think what I do is more like the French term "randonee" ( ?). We hike fairly long distances in the Sierra Nevada mountains, using passes without trails, and usually very far from other people. It’s not like what people do in the Alps, although it resembles perhaps the summer version of the "Haute Route" between Chamonix and Zermatt ; except there are no huts along the way, and very few trails or people. Having done a couple years of exploring in the Alps, I am aware that people tend to travel in the Alps and the Sierra Nevada very differently ; this is something I’d like to write about someday.

He also teases the content of his next novel, tentatively titled 2312:

I am writing a novel in which humanity is occupying the solar system and terraforming many of the planets and moons, as part of the project of dealing with climate change on Earth ; so they are terraforming Earth too.

French readers will be happy to learn that Galileo's Dream will soon be published by Presses de la Cité, which also published the Mars and Science in the Capital trilogies.

Photo of the Matterhorn (Cervin en français), on the Swiss/Italy border, by Fabrice Brun.

The finalists for the 2010 Locus Awards have been announced and Kim Stanley Robinson's Galileo's Dream is in the shortlist for Best Science Fiction Novel, along with Kage Baker's The Empress of Mars, Nancy Kress's Steal Across the Sky, Cherie Priest's Boneshaker and Robert Charles Wilson's Julian Comstock: A Story of 22nd-Century America. Nominees and winners are established by Locus Magazine's readers' poll. Winners will be presented during the Science Fiction Awards Weekend in Seattle in June 25-27, 2010.

Also, the LA Times have published an article on Frank Herbert's Dune, the classic science fiction novel with mystical and environmental themes, and Kim Stanley Robinson offered his appreciation and recognizes it had a positive influence on his writing:

"The planet was something you could really feel," says Robinson, whose latest novel is "Galileo's Dream." "Herbert spent a lot of time outdoors -- you can see it in the writing, he's seen things you can only see if you've been there. It's physical and expansive."

Robinson calls "Dune" a big influence: The book showed him, he says, that "you could talk about the future of the wilderness. It gave me courage. I knew that people were willing to read at great length and that the world could be a character."

But Herbert's future vision of a galaxy with numerous populated worlds seems out of step with the deflated present. "The future," says Robinson, "doesn't look to be off-planet in any near-future time frame."

Finally, the release date for the paperback for Galileo's Dream in the USA appears to be December 28, 2010 (according to Amazon.com); the UK release date is August 5, 2010. Both releases come exactly one year after the hardcover release in each country.

The release date for The Best Of Kim Stanley Robinson is August 15, 2010. 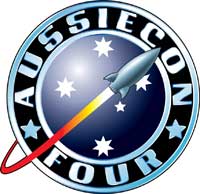 Kim Stanley Robinson will be a guest of honor at the 68th World Science Fiction Society Convention in Melbourne, Australia: the Aussiecon Four. The event will be taking place at the Melbourne Convention and Exhibition Centre in just under five months, in September 2-6, 2010, so for those not living Down Under start planning early! Other guests of honor will be artist Shaun Tan and organization veteran Robin Johnson. At the Convention will also be awarded the 2010 Hugo Awards, one of the best known awards in the science fiction and fantasy field; Galileo's Dream is not among the nominees, however they are: Cherie Priest, China Miéville, Robert Charles Wilson, Catherynne M. Valente, Robert J. Sawyer and Paolo Bacigalupi. Voters are supporting and attending members of the Convention.

Right before Aussiecon will also be taking place a conference at the Monash University of Melbourne titled "Changing the Climate: Utopia, Dystopia and Catastrophe" -- a very topical title for Robinson readers -- and it is actually the Fourth Australian Conference on Utopia, Dystopia and Science Fiction. It will take place from August 30th to September 1st, 2010. Mr. Robinson will be one of the keynote speakers, along with writer and critic John Clute and utopian studies scholar Tom Moyan and many others. There is also a Call For Papers in case you'd like to weigh in.

In other news, the first multi-cellular organisms living in an oxygen-free environment have been discovered not in Mars, Europa or elsewhere but no further than in the Mediterranean Sea! (Nature article, BMC abstract) Life without oxygen: another environment previously considered too extreme for life has been proven otherwise!

Kim Stanley Robinson's Galileo's Dream has been shortlisted for the Arthur C. Clarke Award for 2010, was announced yesterday!

The Clarke Award is awarded yearly for the best science fiction novel since 1987. The winner was initially chosen by representatives from the British Science Fiction Association; now, the panel of judges is "made up of a voluntary body of distinguished writers, critics and fans". For 2010, the judges are: Jon Courtenay Grimwood and Chris Hill (BSFA),Rhiannon Lassiter and Francis Spufford (Science Fiction Foundation), and Paul Skevington (Science Fiction Crowsnest). 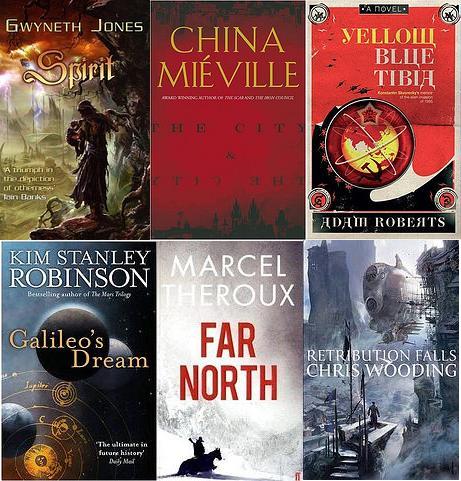 The six nominees, established from an initial submissions list of 41 novels, are:

Reactions and bets have started already! The winner will be announced on April 28, 2010.

Robinson had been previously nominated for The Years Of Rice And Salt, in 2003.

On January 23rd I was given the opportunity to interview Kim Stanley Robinson, author of the award-winning Mars trilogy, as well as other bestselling books such as The Year of Rice and Salt and Forty Signs of Rain, in person at the Avid Reader Bookstore, in the city of Davis where Robinson resides. The interview was conducted a little while before his reading and signing for his latest book, Galileo’s Dream, which is a science fiction novel, but is also a biography of Galileo’s life, as well as his problems in dealing with the Church. During the interview, Robinson talked a lot about how he came up with Galileo’s Dream, how much work and research the book took. He also talked about what got him into writing, what he thinks readers will get out of reading his books, and what he’s working on next.

Thanks go to Sunny Baadkar and the Avid Reader in Davis for helping to organize and provide a very comfortable space to do the interview (and that’s classical music in the background from Capital Public Radio).

And just because I felt like posting it, here is a video with Carl Sagan talking about the "Pale Blue Dot":