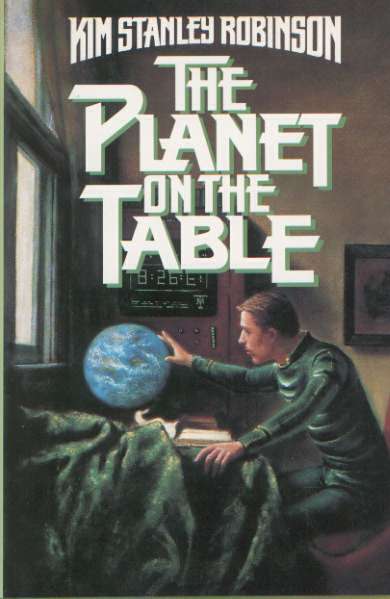 The Planet On The Table is Kim Stanley Robinson's first short story collection, published in 1986. It consists of an introduction and 8 short stories, all of which were previously published in magazines. It contains the following stories:

The title of the collection shares its name with the 1953 poem from Wallace Stevens.

Today it is considered to be no longer available.