Over at Strange Horizons, a round table discussion between seven writers was published in February on the issue of climate change in fiction. Kim Stanley Robinson, notably with his Science in the Capital trilogy, was among them.

Thinking about this composite epic we make, it occurred to me that it is thin in the middle. What I mean is that there is lots of near-future SF, and lots of space opera, but in between the near future and the far future is a much emptier zone—from say a century to a millennium after our time. Maybe this is just a difficult period to imagine, or maybe it forces the writer to include history, always a challenge to the novel as a form. Whatever the reason, that's also the time when climate change will be impacting us, so if science fiction writers shy away from that time zone, an unintended result is there is no easy way to write about climate change.

I like all three of these zones. Near future stuff is a way of talking about now as a kind of moving target—it's the best current realism. Space opera reminds us that we live in a big universe, and could become "cosmic engineers" if we were to hold on for the long haul. But maybe we need more of the in-between, which we could call "future history," if science fiction is to be really robust. That mid-zone knits together near and far futures, and helps SF to say interesting things about what humanity should try to do. Climate change might be an aspect of many stories set in that zone, as simply the likeliest future we face.

I am often called a political writer, but since I don't believe in art for art's sake, I can't really complain. Novels should have politics in them, but they should also try to be beautiful, which is not something we usually say about politics. Really the novel is a very big, capacious form, and I put my faith in readers who are generous and open-minded. They do the work of bringing stories to life, so they can say what they want, and all the writer can do is try to learn.

2012 will also mark the celebration of the 20th anniversary of the release of Red Mars! A NASA astrobiologist offers his thoughts on these pressurized lava tubes that were used as settlements so memorably in Green Mars (Dorsa Brevia), in "Ask an Astrobiologist":

There are certainly many lava tubes on both the Moon and Mars. More are being discovered all the time with high-resolution photos we are taking from orbit. Lava tubes form when a lava flow begins to congeal and forms a roof of rock over the flow. When the hot lava eventually subsides and drains, a tube is left behind. I have watched lava tubes form in Hawaii, and once I accidentally walked across a tube with a roof only a few inches thick and a major river of lava still flowing inside (not an adventure I would recommend to anyone). The only problem is that lava tubes tend to form many "sky-lights" where sections of the roof collapse. Looking down from above, we see lava tubes only when there are such openings. Thus we really don’t know how many tubes there are or how easy it would be to seal them. I think that Robinson's idea remains a good one, however. His Mars Trilogy is practically required reading for astrobiologists. 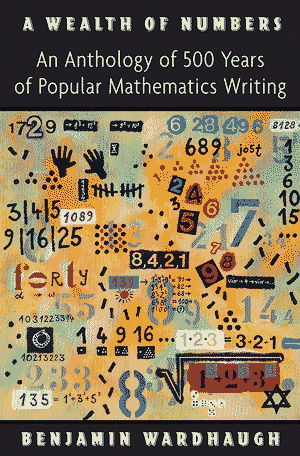 Still on Mars, the fictional mathematician and physician that revolutionized the field in the twenty-second century in the Mars trilogy (Blue Mars), Bao Suyo, is mentioned in "A Wealth of Numbers: An Anthology of 500 Years of Popular Mathematics Writing", an anthology that was just published by Princeton University Press! A full seven pages of Blue Mars are reproduced within.

In other news, the 1986 short story "Our Town" is going to be released on April 24 in the online SF&F magazine Lightspeed, for its April 2012 issue.