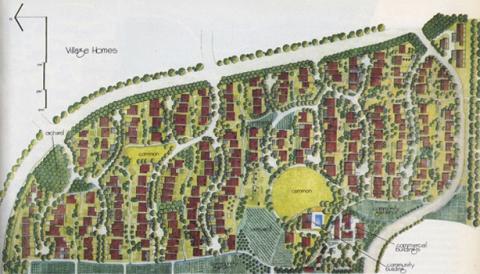 Sometimes there are surprises that come to you all the way from 1994! John J. Vester, long-time KSR reader and an acquaintance of his, contacted the website with an interview done in 1994 that never did find a home. At that time, Stan was fresh off of the publication of Green Mars and deep in writing Blue Mars, so we get a rare glimpse into his mindset at that time -- "a sort of time capsule of the time he was working on the trilogy" -- but also a retrospective on his early career, personal life events and interests that shaped him as an artist, and insights on novels such as The Gold Coast or The Memory of Whiteness. A lengthy and excellent piece altogether.

John was kind enough to provide a new introduction to his interview for its new home here at the KSR.info archival website. So, no less than 25 years later, here is this "lost interview": "The Mars/California Connection: Kim Stanley Robinson Off the Edge of the Map"!

An excerpt that could very well be from today:

Social thinker Robinson sees scientists as important to the work of improving our global situation. Science is very powerful in our society, he notes, elevated in some ways to god-like power—making the scientist god-like. What advice does he have for real scientists? "I think they ought to become much more politicized and try to seize control of their own work. Most scientists today are not in fact choosing their own goals, but goals are being chosen for them. And yet they are uniquely powerful. They could say 'That will go,' or 'That won't go,' or they could say, 'That might go but it's not worth doing,' or they could even say, 'That might go but it's completely trivial, and what is important to do is this and we're going to do this, and what are you going to do to me?' I think scientists could become a political activist force for good. I think they should all become utopians. That's what I would tell them: become utopians!"

Of course, reader and visitor, should you be in a similar situation and are trying to find a home for anything related to KSR, this website could be of help.

Meanwhile, the Marooned! on Mars podcast with Matt & Hilary soldiers on after having wrapped up its in-depth coverage of the Mars trilogy, and looks into the apocrypha of The Martians!

Looking for something to read? Looking at blurbs, KSR recommends:

Some reviews, new or freshly discovered:

Thanks for the link!

Here's my review of Red Moon: