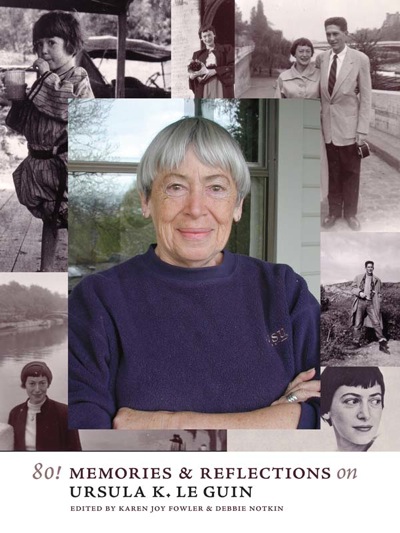 On October 21, 2010, Ursula K. Le Guin's 81st birthday, was published 80! Memories & Reflections on Ursula K. Le Guin by Aqueduct Press. Assembled for her 80th birthday from an idea of Kim Stanley Robinson, the book contains contributions by a great many people, including a piece written by Robinson.

Stan is a long-time friend of Le Guin and an admirer of her work; she has been cited as an influence on him -- in particular in the utopian approach of his work.