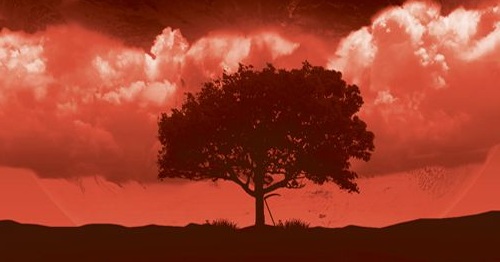 In less than a month, Kim Stanley Robinson's next novel 2312 is being released! May 22 in the USA and Australia, May 24 in the UK. Get ready for a wild ride in the solar system!

The first official review of the novel comes from Publishers Weekly:

Robinson (Galileo’s Dream) delivers a challenging, compelling masterpiece of science fiction. In a spectacularly depicted future of interplanetary colonization, humanity has spread across the entire solar system, from miniature biomes in hollowed-out asteroids to a moving city racing the fatal rays of the sun on Mercury. Mercurian artist and biome designer Swan Er Hong is struggling to cope with her grandmother’s death and an unexpected meteor strike when she gets caught up in a scientific conspiracy that touches on both the political and economic schemes of space-based humans, including Saturn’s ring-surfing moon dwellers and the secretive factions controlling slowly terraforming Venus, as well as the quasi-independent quantum computers called qubes. As Swan, the saturnine diplomat Fitz Wahram, and interplanetary investigator Jean Genette delve into the possible connections among a series of mysterious incidents, Robinson’s extraordinary completeness of vision results in a magnificently realized, meticulously detailed future in which social and biological changes keep pace with technological developments. Agent: Ralph Vincinanza, Ralph Vincinanza Agency (author now represented by Christopher Schelling, Selectric Artists). (May)

The review came with an interview with Robinson: "The Future Is Fun". Extract:

What was your starting point for a work that explores so many different areas of future culture and technology?

I usually start with ideas that are simple, then things get complicated as I try to make those ideas work. In this case, I began with the idea of the romance at the center of the novel, between two people from Mercury and Saturn who were (surprise!) mercurial and saturnine in character, and thus a real odd couple. But to make that story work I needed there to be people on Mercury and Saturn, which implied a solar system–spanning civilization, which in turn suggested the time of the story had to be pretty far off in the future. The project of describing this high-tech future civilization became a major component of the novel, but it all began by trying to give the central romance its proper setting. So I guess you could say it’s a process of following the implications of ideas and seeing where they lead.

SDG: What drew you to the “collage” structure?

KSR: The book was clearly going to have a big information load, and as I was planning it, Jerad Walters of Centipede Press asked me to write introductions for new editions of John Brunner’s novels Stand On Zanzibar and The Sheep Look Up, classics from 1968 and 1973. I agreed to do that, and rediscovered the way Brunner had portrayed a complex global culture, which was by adapting the technique invented by John Dos Passos for his great U.S.A. trilogy of the 1930s. So I finally actually read the Dos Passos trilogy, which had been sitting on my shelf for thirty years, and I was amazed at how good it is—truly one of the great American novels. I decided to follow Brunner’s example and adapt the Dos Passos method, which in essence is a weave or collage of different kinds of writing, including songs, newspaper articles, stream-of-consciousness passages, impressionist pocket biographies of famous Americans, and so on. My lists, extracts, planet biographies, and quantum walks are my variations on the Dos Passos technique.

I’ve always liked lists, and I hope that the lists in 2312 will be seen as a new way to handle exposition, in effect squishing it down to something like word association games, or prose poems.

There's another reader review at Mysterious Galaxy and here (some plot spoilers).

Teasing the book, Orbit offers a Kindle sampler for their April-May 2012 releases over on Amazon.com, which includes an excerpt from 2312. The Orbit marketing continues to feature 2312 prominently, with a variant of the 2312 artwork featured as the cover for the sampler (picture above).

Expect an intense Robinson tour for the promotion of 2312 in the coming months!

The first is tomorrow (!) in Robinson's city of residence, Davis, California.

Apart from the Rexroth-related events on May 6 and May 15 (see previous article and calendar), there is much more planned.

Details and links will be added as they become available. Make sure you follow the calendar!

Finally, online science fiction magazine Lightspeed published the short story "Our Town" in its April issue, available here (for free). The story is accompanied by a short interview with Robinson! Extract:

In May of 2012, Orbit will publish my novel 2312. By coincidence, this novel has a bit of a relationship to “Our Town,” in that one of its protagonists is an artist, but instead of the expensive and exploitative art form described in “Our Town,” my character Swan Er Hong practices landscape art and body art, in both cases using “found materials” to make art that speaks to her time. These new art forms are based on the current work of the landscape artist Andy Goldsworthy, and the performance artist Marina Abramovic. They are in effect inventing, or vastly expanding, new genres. This is interesting in itself, a great pleasure to watch, and also extremely suggestive for a science fiction writer. So I guess I’ve come back to a question that “Our Town” explored, as well as my novel The Memory of Whiteness: What will new art forms of the future be like?

Their May issue will include an excerpt from 2312.

It looks like Our Town is also available as an audio MP3 download from Lightspeed, narrated by Stefan Rudnicki:

How far northwest would he have to come?