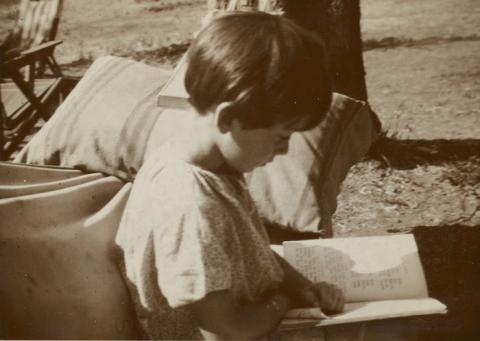 Ursula K. Le Guin passed away yesterday. Her unique voice in the field of fantasy and science fiction and writing in general will be remembered. For the psychological depth of her characters, for the anthropological dimension of her world-building, for her themes of genre and politics and ecology and mutual understanding, for the elegance of her prose, and for so many other things.

Kim Stanley Robinson and Ursula go way back. At times it seemed that they were the only representatives of the utopia-striving ecological strain of speculative fiction. They met last time in 2014 at a panel on "Transformation Without Apocalypse: How to Live Well on an Altered Planet". Stan has mentioned "The Left Hand of Darkness" is one of his favorites. Two of their stories appeared together in 1989 with the two-sided "The Blind Geometer"/"The New Atlantis" publication. Going further back in time, Le Guin was Stan's teacher in some writing workshops when Stan was in his first years of writing for a living, in San Diego, 1977! Those months were determining for Stan's career. Here is how he remembered these in his contribution to the compilation book done for Ursula's 80th birthday in 2010:

She taught two classes, one on the literature of science fiction, the other a writing workshop. I took both of them.

The literature class was a seminar of about fifteen or twenty people. The class met on Tuesdays and Thursdays, and we were asked to read one novel per class, with two students making reports on that day’s book, and the rest then discussing it. The novels Ursula assigned were Hard To Be a God by the Strugatski brothers, Martian Time-Slip by Philip K. Dick, Camp Concentration by Thomas M. Disch, The Invincible by Stanislaw Lem, The Fifth Head of Cerberus by Gene Wolfe, The Dream Master by Roger Zelazny, The Exile Waiting by Vonda N. McIntyre, and And Strange at Ecbatan the Trees by Michael Bishop. We also discussed at some length Italo Calvino’s novels The Non-Existent Knight, The Cloven Viscount, and The Baron in the Trees, which I think were recent discoveries of Ursula’s, and perhaps her addition to the reports. She led the discussions with a light touch, and an obvious pleasure in the books she had chosen.

In my report I joked that Number Five’s name in The Fifth Head of Cerberus seemed to be “Gene Wolf,” which made Ursula laugh. On the other hand, if one were to say something insulting about one of the books, as only a foolish young man would do, she could skewer one promptly and effectively.

Ursula was very supportive of writing of all kinds, and as the month passed she helped us to cohere as a group of people who cared for one another, which is really the important thing in a workshop. I recall parties with her sitting on the floor. And I have a strong memory of her sitting immediately to my left when the class went to see the new movie Star Wars; we laughed our heads off. As a space-opera spoof it was even better than Buck Rogers in the Twenty-fifth Century.

At some time during the month I gave her a long mess of a novella, which I later sorted out as the third part of Icehenge. She dutifully read this and made what comments she could. That was a generous thing to do, given how much other reading she had; and she encouraged me in the best way possible. Write more, she told me. Finish more stories and see what happens.

There were people in the workshop writing excellent stories out of their own lives, heartfelt things that seemed to me to put science fiction to some ultimate existential questions. Why write science fiction at all, when people could say things so clearly and directly? What was the point? I talked to Ursula about these questions, and afterward pulled out a backpacking story I had started and abandoned two years earlier. Three friends in the high Sierra, one of them recovering from a head injury. The more I understood that the brain damage repair was both a science fiction device and an image for how I felt, the more “Ridge Running” became its own thing, separate from my trip while still relying on what I had done and seen up there.

“I like this one best of all your stories,” Ursula said when the story was workshopped. “You should think about doing more like this one.”

That was an important moment for me.

Edit: Stan also wrote a piece to commemorate her at Scientific American.

Taken all in all, her work was that of a complete person of letters and an important public intellectual. Until Monday she was one of the greatest living American writers; now she takes her place in American history, and her books will continue to be read by readers grateful for their many gifts.