The Los Angeles Review of Books recently featured a long column on Kim Stanley Robinson, "Pacific Overture", combining a very interesting interview by Istvan Csicsery-Ronay with Stan and a review by Mark Bould of the recent short story collection The Best Of Kim Stanley Robinson. The interview focuses on the Three Californias/Orange County trilogy (The Wild Shore, The Gold Coast, Pacific Edge): how they were conceived and written, and how he views them twenty or more years later.

Development all around it has been extensive, and a few years ago I went to the Orange Hill restaurant on the next hill over, and had a look around, and it was amazing to see all the mansions studding the surrounding hills and overlooking the coastal plain, still often very smoggy. It had a very Gold Coast look. [...] So in a way the landscapes of all three alternatives can still be seen. But The Gold Coast dominates. As with the books, it is the center of the triptych. It will take hundreds of years to restore that landscape to something decently livable. The Pacific Edge project is a long-term effort.

I would like to see more Californian utopian novels join Pacific Edge, Ecotopia, and the many real-world utopian efforts that were made in California in the nineteenth century. The potential exists, both locally and globally, for huge improvements in human life and our fit to the planet. They involve not just technologies but laws and economic systems; they need to go beyond capitalism and its disconnect from ecology, and that next step has to be imagined and envisioned repeatedly, no matter the literary and conceptual difficulties, to give us a better sense of how it might feel and how we might take the first steps.

What we built so fast is not a sustainable infrastructure or social structure, so it’s going to have to be extensively rebuilt in the centuries to come. It may remain a kind of test tube for experimenting, and if so I hope my Three Californias helps a little in terms of cognitive mapping.

The review of The Best Of is also very insightful in Robinson's recurring themes and writing influences.

At first, I thought that the great image that accompanies the article (pictured here too) was some NASA photo of the Jupiter atmosphere... it turns out it's a painting! Storm No.2, by the awesome Ran Ortner!

In other news, the release date for the "Rexroth in the Sierra" collection, edited by Robinson, has been announced: April 10, 2012. The cover art is by Tom Killion, "Horse Creek Trail, Hoover Wilderness". 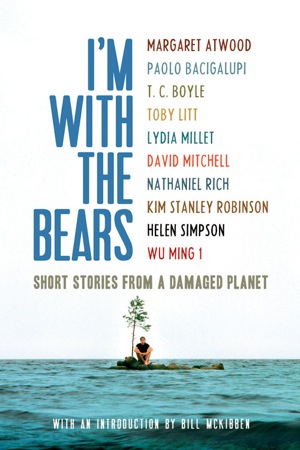 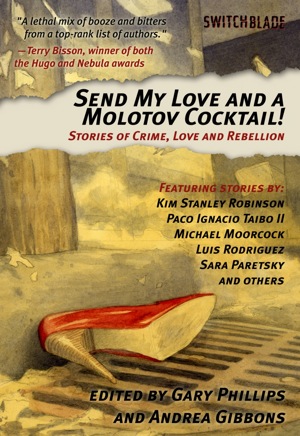 The first is Verso Books' I'm With The Bears: Short Stories from a Damaged Planet, a collection of stories from science fiction writers focusing on the impacts of climate change. Between David Mitchell and Paolo Bacigalupi, Robinson's contribution is "Sacred Space", an excerpt of Chapter 6 of Sixty Days And Counting (part of the Science In The Capital trilogy), where Frank and Charlie go on a hiking trip in the Sierra Nevada. The book says "the story here is adapted from the third novel", so there might be differences in the text.

The book features an introduction by Bill McKibben, notorious American environmentalist who has written extensively on climate change and sustainability.

Interestingly, the book mentions: "Royalties from the sale of I'm with the Bears will go to 350.org, an international grassroots movement working to reduce the amount of CO2 in the atmosphere." 350.org was founded by McKibben. With the world Conference Of Parties on climate change negotiations in Durban approaching and with alarming warnings coming even from traditionally conservative institutions, that is very timely!

The second is Send My Love and a Molotov Cocktail!: Stories of Crime, Love and Rebellion by PM Press, which had previously published the chapbook The Lucky Strike with the eponymous story and more in 2009. The collection includes Robinson's short story "The Lunatics", which is described as "a story of oppression and struggle deep in the bowels of the baleful Moon".

Thirdly, as a complement, the MIT's acclaimed Technology Review published a special science fiction issue "inspired by today's emerging technologies" with hard SF contributions from various SF authors like Ken McLeod or Cory Doctorow. The editor of the issue Stephen Cass had previously made a list of the kind of hard SF that inspired TR:SF, and included in it Robinson's Mars trilogy.

Kim Stanley Robinson will be appearing with Cecilia Holland to be interviewed with fellow SF writer Terry Bisson in San Francisco for a reading and a Q&A later today (!).

Each author will read a selection from their work, followed by Q&A from the audience moderated by author Terry Bisson. Booksigning and schmoozing follows in the lounge, and books will be for sale, courtesy of Borderlands Books

Suggested $5-$10 donation at the door – benefits Variety Children’s Charity of Northern California – to date, we’ve helped raise over $25,000 for the kids in our community! 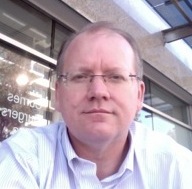 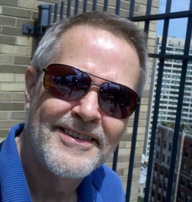 The interview is available from their Coode Street Podcast (direct download).

Robinson talks candidly about attending these annual Conventions, gives quite a bit of information on his next novel 2312, discusses writing his short stories, the themes he writes about, science fiction figures like Asimov and Wolfe (Gene, that is!), and writing in general. Well worth your time!

Kim Stanley Robinson will be giving a talk on "Valuing the Earth and Future Generations: Imagining Post Capitalism" at the University of Texas Dallas as part of a five-lecture series on Science, Policy and Cultural Values. 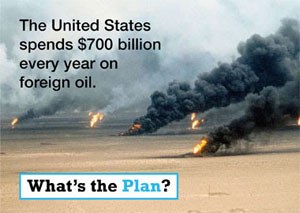 This public lecture is free and open to the public. You are also invited to join the Center for Values Fellows for this lecture for $45. Center for Values Fellows will have reserved priority seating, will receive the speaker's recent book in advance, and will be invited to an exclusive reception and book signing after the lecture. Sign up for this lecture or you can sign up for the entire series.

Climate change and population growth will combine in the twenty-first century to put an enormous load on humanity's bio-infrastructural support system, the planet Earth. Kim Stanley Robinson argues that our current economic system undervalues both the environment and future human generations, and it will have to change if we hope to succeed in dealing with the enormous challenges facing us. Science is the most powerful conceptual system we have for dealing with the world, and we are certain to be using science to design and guide our response to the various crises now bearing down on us. A more scientific economics – what would that look like? And what else in our policy, habits, and values will have to change?

As a photo for this article, the writer being a green European, it would have been too easy to put an oil rig. Instead, I've put an image from the Pickens Plan, an initiative by Dallas resident T. Boone Pickens towards a greener economy via renewables, energy conservation and natural gas. A solid and economically sound initiative!